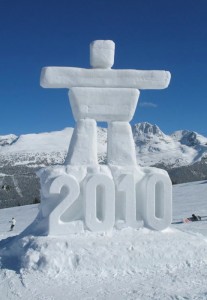 The Winter Olympics 2010 begin today in Vancouver and Minnesota is sending twenty two athletes, more than any other state.  Rock on, Minnesota Olympians!

I’m liking that perspective – big time.  And in that light it’s a given that many Olympic athletes mark themselves to honor the struggle to reach that pinnacle moment of participating in the Olympic Games.  Vince Hemingson’s “Vanishing Tattoo” has a nice link to Olympic imagery as well as links to photos of Olympic athletes and their ink.

Art With a Point is joining a handful of shops across the country in honoring our Olympic athletes by offering free Olympic tattoos for medal winners.  In fact, in the spirit of the Olympic Creed I’m broadening the offer to all twenty one of Minnesota’s Olympians who are participating.  So, if you’re one of Minnesota’s twenty two Olympians, come on down for your tattoo after Vancouver.  And, if you medal be sure to bring your medal with you.  (I’ve always wanted to see one.)  In the meantime, lets cheer on and congratulate all the participating athletes on a road well traveled.

Saving on Your New InkDo It Your Way
Scroll to top